Outlast Contender League (OCL)will be one of the two leagues offered directly by Outlast, and it will serve as the premier option for teams due to its increased production/casting, higher prizes, and stiff competition. There will be two qualifiers for the league each taking place over the course of a single weekend (Friday-Sunday). The open qualifier will be played using a Swiss bracket with teams competing in 8 matches across Friday and Saturday. The top 12 teams will move on to the closed qualifier which will be held that Sunday. Teams will be seeded into a single elimination bracket based on their placement in the open qualifier and will face off for the 10 qualifying slots. Teams finishing 1st- 5th in the bracket will qualify for the Outlast Arena T1 League with 6th- 10th qualifying for the T2 League. In the event of a tie for the 5th or 10th place, a tiebreaker will be used to determine true placement. All paid entry fees will go toward to production/casting or will be used to increase the OCS prize pool. 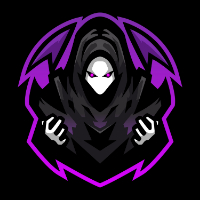