All World Gaming presents this week’s Redemption Bracket into our Weekend Cash Cup!

Consists of as many matches as the amount of teams will call for in a Swiss format (11 max), over the course of 1 day. All teams will play each other once in a best of one format.

Of the 12 teams to participate in the redemption bracket, the 4 worst performing teams will be sent home.

Teams that are tied for a ranking will be determined by the accumulative round differential from their performance specific to the redemption bracket.

Differential is scored as the higher numeric value ranking in numeric sequence; 2 being better than 1 and so forth.

If the round differential between 2 teams are identical, the teams will face off in a best of 1 single elimination match to determine the final ranking.

If the round differential between 3 or more teams are identical, the teams will face off in one additional round of Swiss style format against each other to determine the winner by the new round differential. This will continue until there is a clearly defined winner. 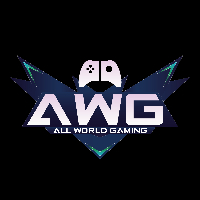 All entrants must join the official AWG discord by the time registration for the event closes. Any teams who have not joined the discord by that time will be considered disqualified with the chance to still enter our redemption bracket given the above criteria is met by then.

All entrants agree to read in full and adhere to All World Gaming’s Official Rulebook, which can be found at the following link. All registrants agreed to all information found in the Official Rulebook. If you experience any difficulties viewing the document, please email devin.dye@allworldgaming.co for assistance.