AEG’s Titan Series is a monthly series that consists of 4 Apex Legends Events. These events will happen once a week, on Thursday nights at 7:00 PM EST, and will be fully produced/casted. 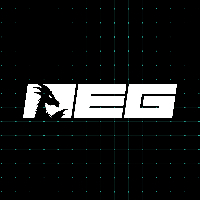 Lobby Size: 20 Teams Max Team Members: 5 (After the Check-In are no Member-changes allowed)

Check ins are open one hour prior to the tournament in the AEG discord.

All codes are sent to your team captains via discord in the “Captain” channel by the host of your lobby. The code is sent around an hour before the tournament starts.

There will be a 5-10 minute grace period in between games in order for players to rejoin the lobby.

Disconnects If a player fails to join the match because of connectivity issues, the match will be restarted. If the issue persists, a substitution will be called in to replace the player that disconnects. Except in the case of a disconnect, Substitutions may only occur in between Matches or before a Match.

Disqualification To keep tournaments as efficient as possible, we reserve the right to disqualify teams. Any team found to be using a known exploit will forfeit their game upon the first occurrence of the exploit. If the team is found to use another known exploit for a second time and it is determined to have been done on purpose they will be removed from the event and barred from any future events. Betting during the tournament (by a player, team, or on behalf of anyone associated with the team) is off limits. Those partaking will be disqualified from the event. The intentional use of any bugs, cheats, glitches, or errors in the game is strictly forbidden and will be penalized. Being caught hacking / scripting / macroing will result in a permanent ban from all of our future events. Being caught sabotaging the tournament will result in a DQ or Ban, for example: leaving a match and asking the host to restart it or intentionally throwing for other teams’ benefit, even if the other team is not aware of this (feeding points).

Casting / Streaming Streaming of games is permitted for all games from an individual player perspective. If a team/org wants to request a stream, they must request permission from AEG prior to the match. If a team/org is casting or streaming without permission, we reserve the right to disqualify that team/org.